I play games a lot, and enjoy trying to understand how they work to further customize them. Here's some attempts at that.

I've been doing some datapacks on planet minecraft that i'll add over here too. For now here's a link to my Planet Mineraft profile

Starbound is an space exploring action-adventure 2D sandbox game developed and published by Chucklefish.
I know ChuckleFish forums has a mod hosting section, but I've had a lot of technical difficulties with that, and have ran out of name changes, so I'm uploading here and to Steam Workshop instead. 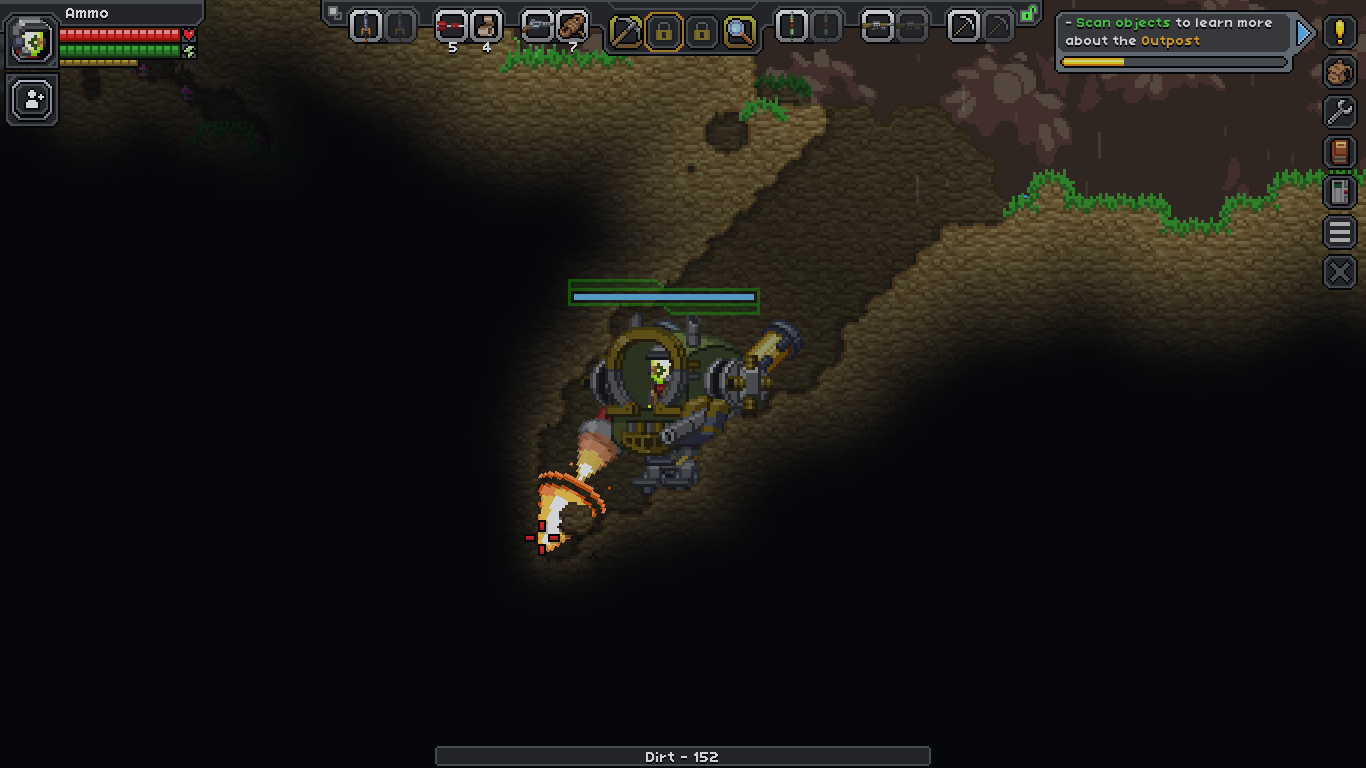 Replaces vehicles/modularmech/armscripts/drillarm.lua with a version that doesn't break background blocks. As such, it's incompatible with any mod that also replaces that file. 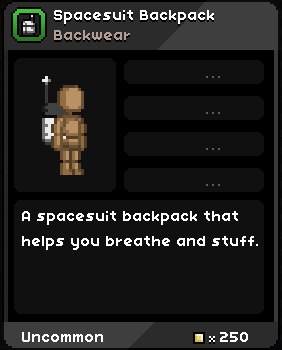 "A spacesuit backpack that helps you breathe and stuff."

Patches items/armors/other/spacesuit/spacesuit.back to give breatheProtection (Making it a sort of semi-early game EPP) and changes the description to reflect this. 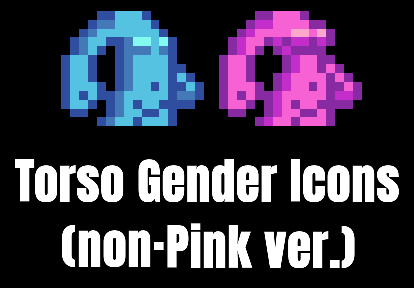 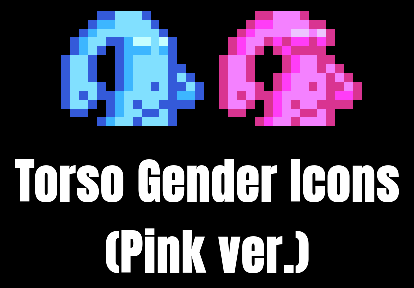 Replaces the Venus and Mars symbols with a picture of the torso shape the character will have if you select it.

It's strange to me that the symbols of Venus and Mars, two Sol planets, would be used by so many of the game's races, each which realistically would have very different concepts of gender and gender symbolism, in the unlikelihood they have any at all. A simple "Boob or No Boob?" prompt is much more gender neutral and star system neutral.

The pink version, I don't remember where I got the blue from, but the pink was hue slider-ed from the blue. 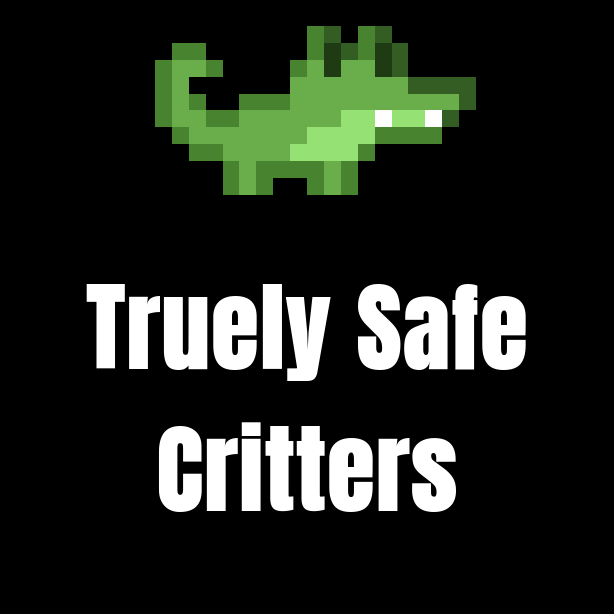 Changes the damageTeamType of all critter mobs to "assistant," (Like Nuru, and that one NPC in front of the poptop mine on the starter planet.) so neither players or hostiles can hurt them.

An edit of Lira's Friendily Critters 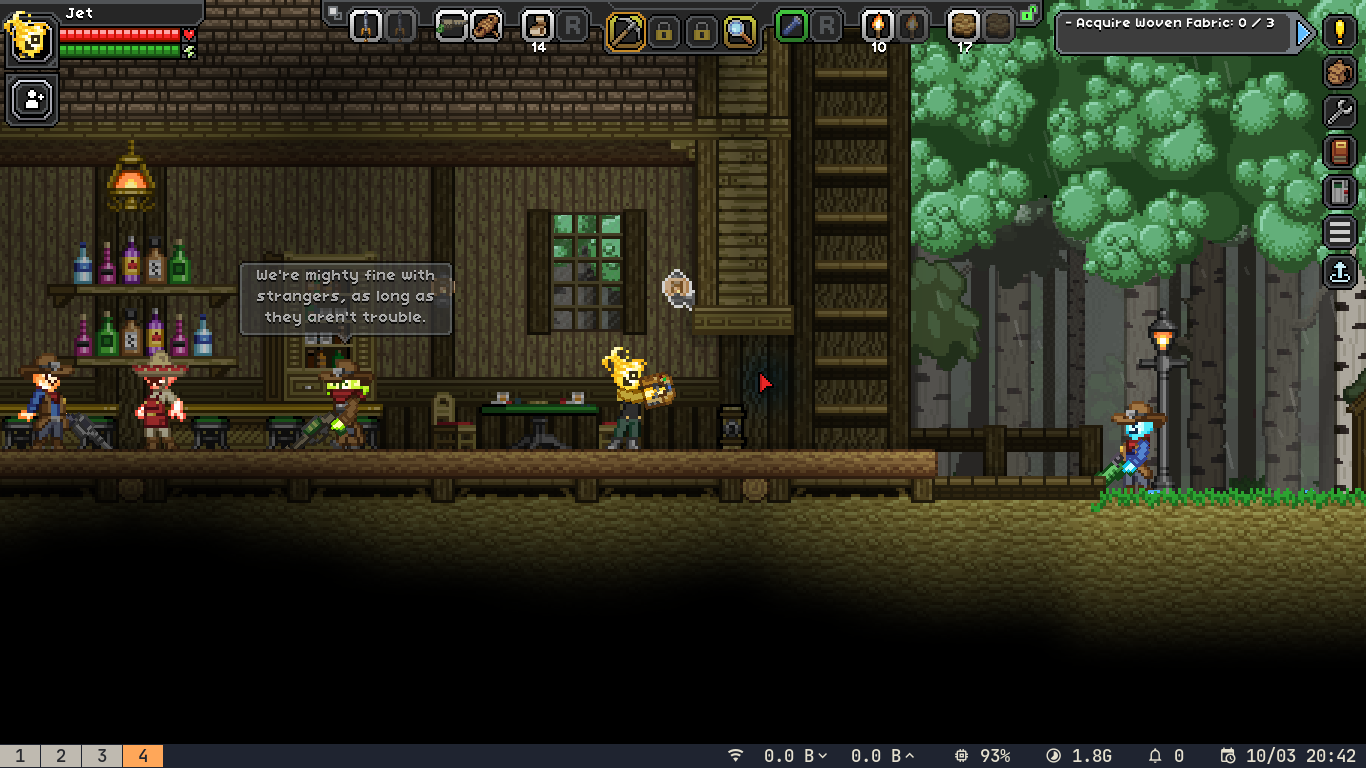 Inspired by Lazy Guards by Reika (Which as of right now is broken, as it has not been updated in a few years.)

Villagers don't care if you break their stuff anymore. Why? I dunno. Maybe they think if you're a protectorate that you probably need that item for something important, or maybe you just have Stealth 100 and they don't notice you just broke their door.

I made this because I saw a critter fall in a pond, and wanted to make a way for it to crawl out, and got shot at for "stealing" dirt.

I've made 2 more before these, Bag Co. Bags and a Bill Cipher SAIL Chip addon. I'm currently working to fix a few bugs and tidy up before uploading them here. I mean, I know BCB has some problems. The chip is probably fine, but I haven't checked in a while, so I'll make sure once I'm done fixing BCB.